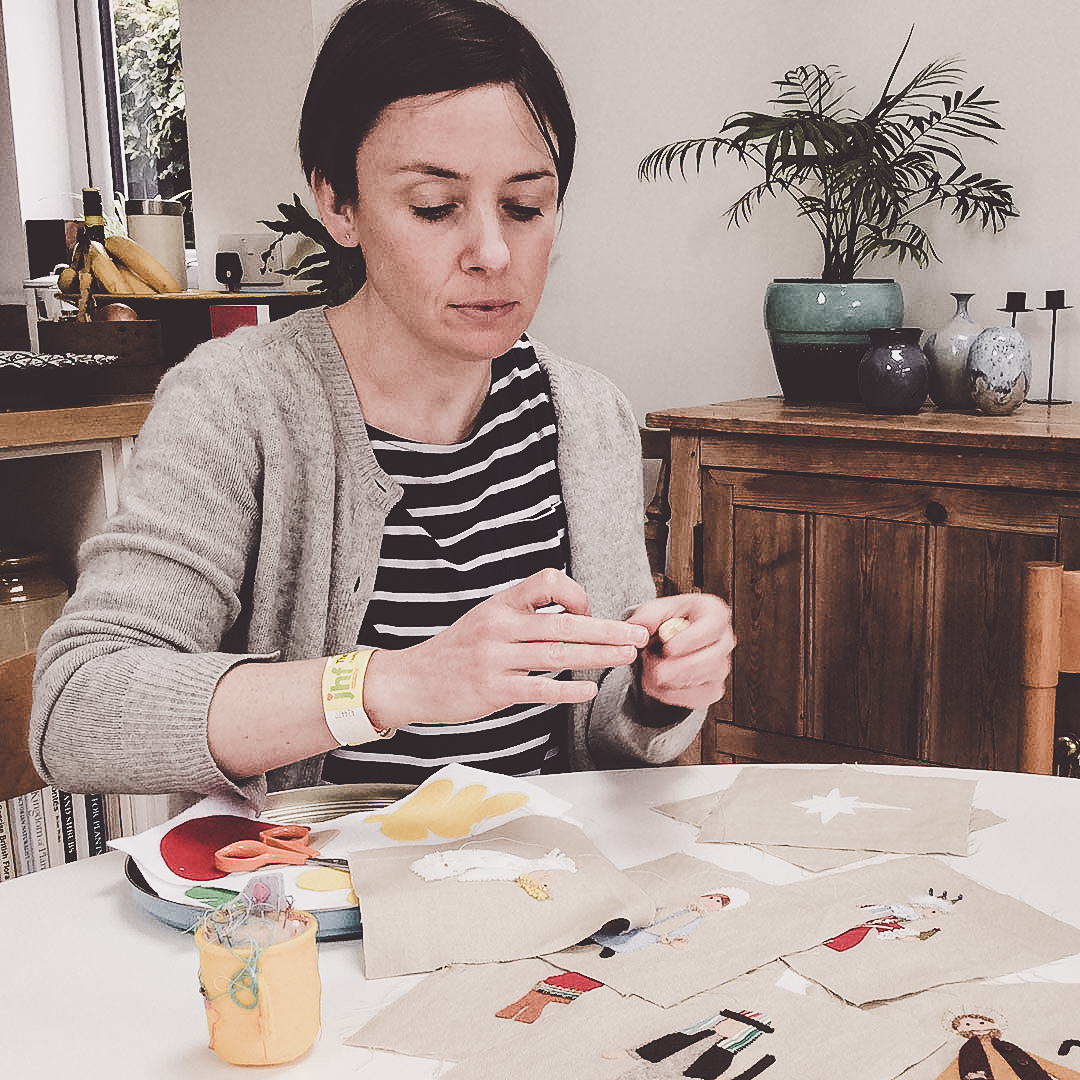 ‘My pace is really slow compared to other people’s, but that’s the pace that’s right for me.’

Geraldine Hargreaves is a felt maker living in Clevedon in Somerset. She’s one of the few people who has never succumbed to the pressure to be on social media, and runs her business via word-of-mouth.

We chatted about why she made the decision to not be on social media, whether she feels like she’s missing out by not being so, and how she’s developing her business slowly. She also made me incredibly keen to visit Clevedon, which sounds amazing!

Perhaps we can start with you telling us a little bit about yourself?

Of course! I’m Geraldine Hargreaves, and I live in Clevedon in Somerset, which is by the sea but not massively seaside-y. It’s got a pebble beach which I don’t think tourists love. Also the sea is brown – it’s clean but the type of sand we have on this part of the coast makes the sea look brown and people don’t want that either. People do visit Clevedon but not in the same numbers as you do Weston-Super-Mare or Devon, which is nice as it’s quieter. You get the best of both worlds.

I grew up in a village just outside Clevedon. I did a Fine Arts degree, but relegated art to a hobby when I graduated as I had to get a job to earn money. Yet after I had kids I didn’t want to go back to what I was doing, which was working in social care, so I tentatively started making stuff again. I started with things like bunting, and got really into making things from felt, which I then combined with blanket stitch and realised I could make so many things!

Amazing, so what do you make?

I still do bunting, although the bunting explosion of ten years ago has calmed down quite a bit. I make pretty much whatever I’m asked to; from a felt basket of food to cards, from kids toys to Christmas decorations. Even though it’s only September there’s already a lot of prep for Christmas. I’m running a couple of Christmas decoration workshops this year, and will be making Christmas bunting and other decorations to sell as well. What I do is always evolving I guess.

I think at some point when you do something like I do, you probably get to a point where you really identify with what it is you do and what you are about, and I don’t think I’ve quite got there yet. My children are now ten and seven, and I’ve been doing this for four years or so consistently but slowly, as I’ve wanted to be there for them as well. Yet it’s only in the last year or so that I’ve actually thought ‘where am I going to go with this?’, and started to think intentionally about what it is I’m doing. 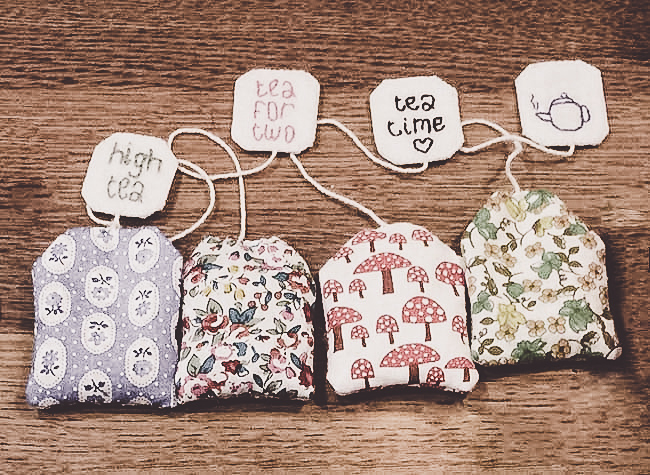 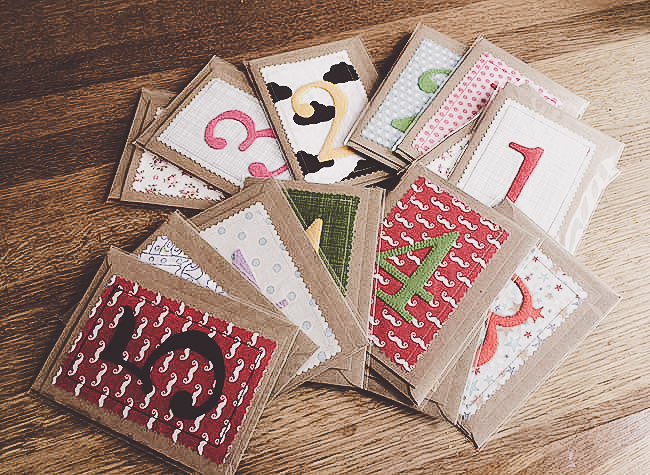 You are not on social media are you?

That is correct. I’m in a couple of Whatsapp groups, but I’m not on any social media  platform.

Before we get into why, can I ask how old you are, if that’s not rude?!

I think it’s quite relevant, because I’m 33 and Facebook came in when I was at university, and I very much followed the crowd and got it too. I’m no longer on Facebook now though, but I guess I was part of the generation where it was very much a new, exciting thing that we didn’t really fully understand at the time.

So was not being on social media a conscious decision, or was it just something that you just never got around to doing?

So I guess as I’m older than you, Facebook must have come in after I’d left university. I remember hearing people rave about it, but I just thought ‘I don’t want to do that’. I was in touch with the people I wanted to be in touch with. Why would anyone else care what I was up to?

And how do you market your business without social media?

Really slowly! Basically it’s all by word-of-mouth, which suits me at the moment because – not that I think I would be inundated with orders if I was – I make everything by hand, and that takes a lot of time. Plus that also makes my products expensive, and I think that there’s a slight disconnect between people wanting handmade things, and not always being prepared to pay what they’re worth in terms of the time it takes to make them. So I’m always underselling, because you can’t really price your time fully as it would make the price ridiculous. I’m totally fine with that though, but I also didn’t want to grow to resent what I was doing. I have a really small group of people who are loyal to me, who buy my things, and then mention me to other people who then buy off me as well. And I have people who will send me a picture and ask me ‘can you make this?’, which is great as it allows me to establish what I can and can’t do in private, rather than publicly. It gives me a chance to experiment, and refine what I do, while still keeping it on a small scale.

Have you thought about setting up an Instagram profile for your business?

People do often ask me if I’m on Instagram, and I have thought about it, definitely. It’s something that I’m sure I will do at some point, but just not now, although I’m not really sure why. Partly because of a lack of confidence I guess. A fear of the unknown. I also don’t know how I’d manage it, time-wise.

Completely fair enough. I guess it’s about having a specific purpose, a reason for being on there, like wanting to grow your business or sell to a new audience, rather than doing it just because.

Yes, and I think that’s what I’m working on at the moment. Figuring out where I’m going with this, and what I want the outcomes to be. I also sometimes feel like what I’m doing isn’t actually legitimate if I’m not on Instagram. It’s just me, in a room on my own, making stuff… I do think what I do would probably really suit something like Instagram though. 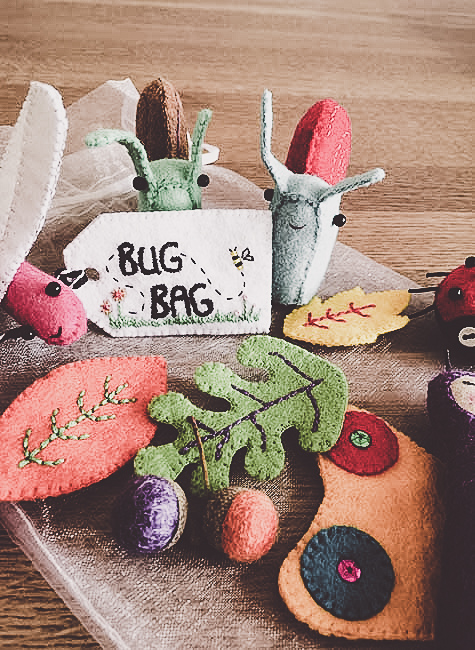 I think what’s interesting is that for so many people, myself included, being on social media is or was very much a passive decision. But for you, it’s more of an active decision. You need a reason.

Yes, definitely. So many people ask me ‘why are you not on Instagram’, whereas I think the question should be ‘why go on Instagram?’.

Socially, do you feel like you miss out at all?

No. Although I guess I don’t know what I’m missing in many ways! I went to one of Vanessa’s (@simpsonsisters) Nourish and Flourish retreats, and I really liked that some of the other participants already knew each other from Instagram. I liked that they had built a supportive community on it.

Do you have that in real life though? Is there a strong community in Clevedon?

Yes, there’s a shop called Spinning Weal which is run by a friend of mine. I do my workshops there. It’s a craft shop that’s always really busy, and I go in a couple of times a week to buy bits and bobs I need and to have a chat.

Where do you get your inspiration for the things that you make from?

I just see things that give me ideas. Today for instance, I saw some napkins with shrimp on it, and I thought ‘I could do that on bunting’. So I’ve come up with a whole sea creature bunting strip idea. I also love magazines such as Mollie Makes, and books. I get a lot of ideas in charity shops too.

Have you made a conscious decision to live life more slowly or has it just evolved that way?

I think it’s just evolved that way. I didn’t realise at the time, but I think a lot of the decisions we’ve made as a family have been towards having a slower pace of life. So for instance we’ve gone down to having one car. It means I don’t have it every day, and we have to co-ordinate as a family a lot more. It also means I have to walk a lot, which I really like. I probably wouldn’t have put that particular label on our lives though, until recently. We’ve just sort of fallen into a slower way of life, I think. And now we are here, we can’t imagine living any other way.

And what does slow living mean to you?

I think it just means doing things at your own pace. And my own pace is really slow compared to other people’s, but that’s the pace that’s right for me.

Favourite place to read a book: The middle beach at Clevedon, opposite the bandstand. There’s a big wall to lean against, and it’s a small beach that is always empty when I go.

Favourite coffee or teashop: Either Five The Beach, or Tiffin The Beach. Both are on Clevedon seafront.

Favourite nature spot: Hope Cave Beach, near Salcombe in Devon. Just not in summer. Going in summer wouldn’t suit a slow-living vibe as it’s so popular and so much busier than out of season.

Favourite independent shop or maker: Spinning Weal, a textile craft shop, or Wilfred and Alice, a lovely gift shop. Both are in Clevedon.

Favourite thing to do slowly: I’ve recently got into a yoga nidra exercise called rotation of consciousness. You basically just lie on the floor, and then rotate your consciousness to different parts of the body as directed by the instructor. 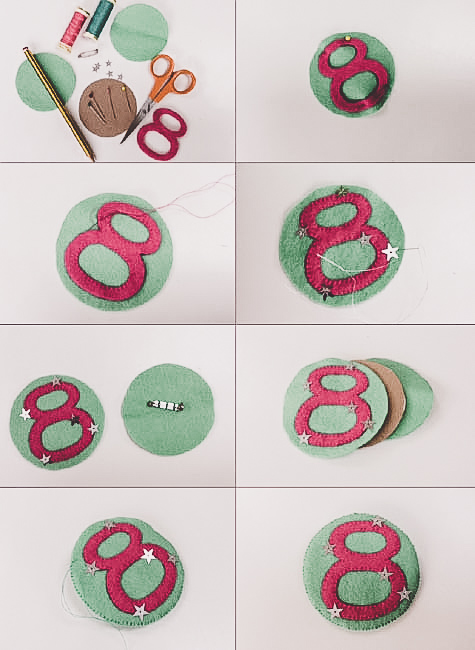 What you will need:

1. Using the compass draw and cut out 2 felt circles 7cm in diameter from the felt squares that are the same colour.

2. Using the contrast felt, draw free-hand the birthday age of your choice, slightly smaller than your felt circles.

3. Position and pin your number to one of the circles, setting the other aside. Sew around the edges of the number using blanket stitch or a small running stitch.

4. Position and sew on the sequin stars and then set aside.

5. Using the second felt circle, that you set aside in step 3, sew on the brooch pin roughly in the middle.

6. Draw and cut out a thin cardboard circle 6.5cm in diameter.

7. Sandwich the card circle between the 2 felt circles right sides facing out. Hold together and stitch all the way round using blanket stitch. 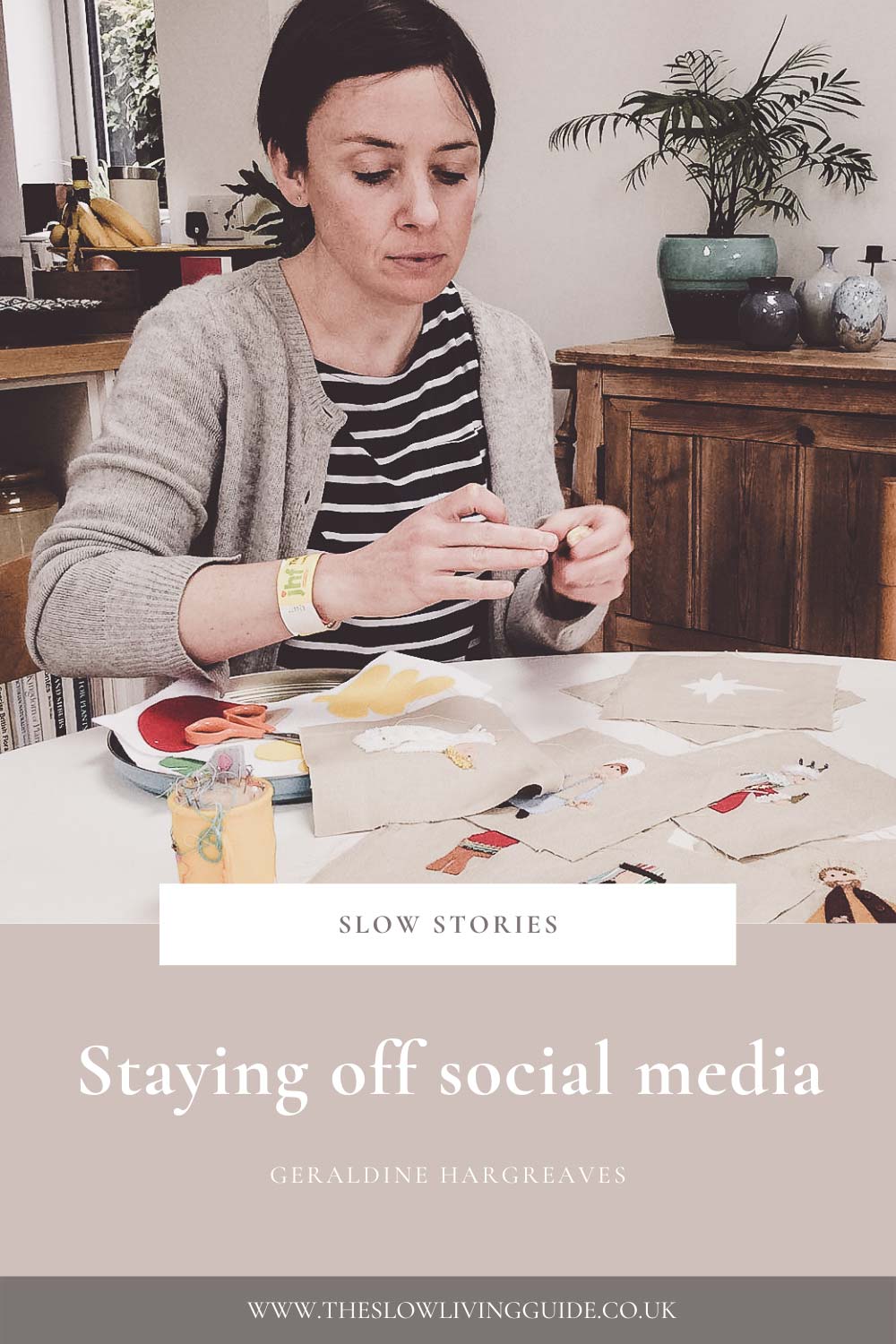